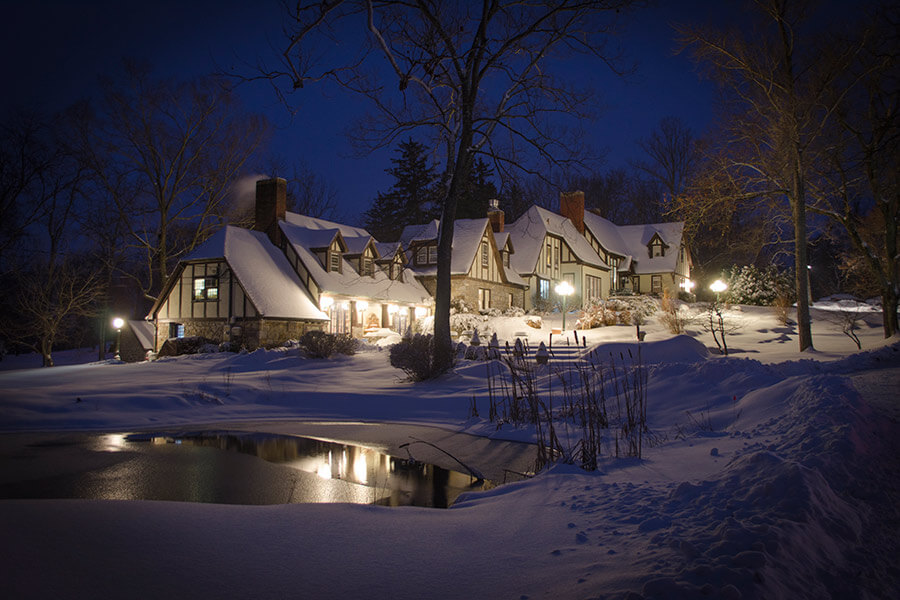 Offering a restaurant and a terrace, this Pensiunea is located in Ceahlău, Romania: for sale

Offering a restaurant and a terrace, this Pensiunea is located in Ceahlău, Romania

Description By The Owner

Our tourist resort is located in the North-East part of Romania, in a village called Ceahlau. The area is famous for the spectacular views of the Ceahlau Mountain (that reaches 1907 m and is an important attraction for tourists who fancy a little bit of skiing in the winter and hiking or even climbing in the summer) and the Bicaz Lake, the largest artificial lake in Romania (over 35 km long). The Romanian Ministry of Tourism is currently conducting a project in the area that involves the opening of a large ski slope and a chairlift system for the tourists to get the best of Ceahlau Mountain.

The complex includes two buildings and a 10,000 sqm of land.

The first building was built on concrete frames, DP 2E, and includes restaurants on both ground floor and semi-basement with a professionally equipped kitchen, storage rooms and a bar. The semi-basement also has a fitness room and a sauna. Both the restaurant and the adjoining terrace can see beautiful scenery the lake and mountains. The first floor and the second floor have 16 rooms en-suite (with balconies) and fully refurbished. Construction date 2003. Total surface 1200 square metres.

The second building had its construction date in 2004 and was also built on concrete frames, PE. On the ground floor there are two large pools (one of 4m x 14m and another one of 3.5m x 6.5m) and a bar. Each pool has a heating system. Also, there is a Turkish sauna on the same floor, and toilets and lockers for tourists using the swimming pools. The first floor has 8 rooms and 1 apartment, all of them fully refurbished. Total surface 800 square metres.

Both of the buildings are equipped with heating systems based on solid fuel.

The resort also includes a tennis field with night lighting and 20 parking spaces are available. On the empty field behind the buildings, there have been planted 5000 spruces.

Being located in a rural area, the resort is eligible for European Funds for business development.

Attractions For Guests In The Local Area

Activities For Guests In The Local Area

Romania is a country located at the crossroads of Central, Eastern, and Southeastern Europe. It has borders with the Black Sea to the southeast, Bulgaria to the south, Ukraine to the north, Hungary to the west, Serbia to the southwest, and Moldova to the east. It has a predominantly temperate-continental climate. With a total area of 238,397 square kilometers (92,046 square miles), Romania is the 12th largest country and also the 7th most populous member state of the European Union, having almost 20 million inhabitants. Its capital and largest city is Bucharest, and other major urban areas include Cluj-Napoca, Timisoara, Iasi, Constanta, Craiova, Brasov, and Galati.

The River Danube, Europe's second-longest river, rises in Germany's Black Forest and flows in a general southeast direction for 2,857 km (1,775 mi), coursing through ten countries before emptying into Romania's Danube Delta. The Carpathian Mountains, which cross Romania from the north to the southwest, include Moldoveanu Peak, at an altitude of 2,544 m (8,346 ft)

Modern Romania was formed in 1859 through a personal union of the Danubian Prinicipalities of Moldavia and Wallachia. The new state, officially named Romania since 1866, gained independence from the Ottoman Empire in 1877. Following World War 1 after declaring its neutrality in 1914, when Romania fought on the side of the Allied powers starting with 1916, Bukovina, Bessarabia, Transylvania, as well as parts of Banat, Crisana, and Maramures became part of the sovereign Kingdom of Romania. In June–August 1940, as a consequence of the Molotov-Ribbentrop Pact and Second Vienna Award, Romania was compelled to cede Bessarabia and Northern Bukovina to the Soviet Union, and Northern Transylvania to Hungary. In November 1940, Romania signed the Tripartite Pact and, consequently, in June 1941 entered World War 11 on the Axis side, fighting against the Soviet Union until August 1944, when it joined the Allies and recovered Northern Transylvania. Following the war, under the occupation of the Red Army's forces, Romania became a socialist republic and member of the Warsaw Pact. After the 1989 Revolution, Romania began a transition towards democracy and a market economy.

This Resort offers you a variety of accommodation spaces, according to the needs and expectations of each client.

The spaces are arranged as follows:

All rooms are equipped with:

A meal in this aquarium salon will delight the senses - visually: Lake Bicaz, the forest and the mountain Ceahlau seem to have a meal with you; olfactory and tasteful - the traditional and international menu will make every customer an indecisive, never knowing what to choose.

The staff trained in the spirit of the highest quality standards, will make your meal an unforgettable gourmet feast.

It is the wine that sets the seal of a special meal. The winery will put to deposit a rustic frame, loaded with symbols of the Romanian tradition. Here you will have the opportunity to serve dishes in the most authentic Moldovan style and be dazzled by the aroma of local wines from our collection.

The horseshoe bar is the place where you can play in the evenings where you will have a fun mood. Fine drinks and exotic cocktails will definitely help create and maintain an incendiary atmosphere every time.
Terrace

The view offered to you from this terrace will transform you into an absolute contemplative state. Whether you serve coffee, breakfast or a glass of wine, you will find in this place the peace and harmony of a sublime space.

Free services for our Resort guests:

Services available on request (with payment):

The options you will have in the area:

Throughout the country there is no other mountain more known, more sought after, more often mentioned. It gave birth to stories and legends in the people, to memorable descriptions from many writers.

Its fame lies not only in the detailed architecture of the stone forms, which have stirred the imagination of the people, not only established his imposing appearance, rising above the other neighboring mountains, but simple to present above all.

It is an inexplicable call of the mountain present on these lands from unknown times.

Ceahlau National Park covers an area of ​​over 5,200 ha (of the 6 212 ha as it occupies the natural reserves in the county), being the largest natural reserve in Romania.

Day trips can be organized for groups of at least 10 people.

Here are just a few of the options we offer: