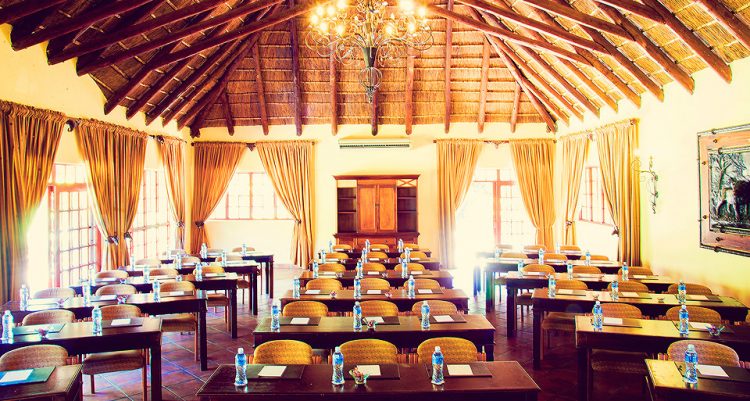 Maputo, officially named Lourenço Marques until 1976, is the capital and most populous city of Mozambique. The city is named after chief Maputsu I of the Tembe clan, a subgroup of Tsonga people. Located near the southern end of the country, it is positioned within 120 km (75 miles) of the Eswatini and South Africa borders. The city has a population of 1,088,449 (as of 2017) distributed over a land area of 347,69 km2 (134 sq mi). The Maputo metropolitan area includes the neighbouring city of Matola, and has a total population of 2,717,437. Maputo is a port city, with an economy centered on commerce. It is also noted for its vibrant cultural scene and distinctive, eclectic architecture.

Maputo is situated on a large natural bay on the Indian Ocean, near where the rivers Tembe, Mbuluzi, Matola and Infulene converge. The city consists of seven administrative divisions, which are each subdivided into quarters or bairros. The city is surrounded by Maputo Province but is administered as a self-contained, separate province since 1998. Maputo City is the geographically smallest and most densely populated province in Mozambique. Maputo is a cosmopolitan city, with Bantu, Tsonga languages being more common, Portuguese, and, to a lesser extent, Arabic, Indian and Chinese languages and cultures present.

The area on which Maputo stands was first settled as a fishing village by ancient Tsonga people. It was soon named Lourenço Marques, after the navigator of the same name who first explored the area in 1544. The modern city traces its origins to a Portuguese fort established on the site in 1781. A town grew around the fort starting around 1850, and in 1877 it was elevated to city status. In 1898, the colony of Portuguese Mozambique relocated its capital there. In the late 19th and early 20th centuries, Lourenço Marques grew both in population and economic development as a port city. Upon Mozambican independence in 1975, the city became the national capital and was renamed Maputo. During the Mozambican Civil War, the city's economy was devastated. When the war ended, the FRELIMO government launched a program to revive the city's economy, and to clean up the city by forcibly removing criminals, squatters, and undocumented residents. Since then, Maputo's economy has recovered and stability has returned, though crime remains a problem.

Maputo has a number of landmarks, including Independence Square, City Hall, Maputo Fortress, the central market, Tunduru Gardens, and Maputo Railway Station. Maputo is known as an aesthetically attractive, if dilapidated, city. With wide avenues lined by jacaranda and acacia trees, it has earned the nicknames City of Acacias and the Pearl of the Indian Ocean. The city is known for its distinct, eclectic architecture, with Portuguese colonial Neoclassical and Manueline styles alongside modern Art Deco, Bauhaus, and Brutalist buildings. The historic Baixa de Maputo district is the downtown area. Maputo has a vibrant cultural scene, with many restaurants, music and performance venues, and the ocal film industry. Maputo's economy is centered around its port, through which much of Mozambique's imports and exports are shipped. The chief exports include cotton, sugar, chromite, sisal, copra, and hardwood. In addition to trade, the city has robust manufacturing service. Several colleges and universities are located in Maputo, including the Pedagogical University, São Tomás University, Catholic University of Mozambique, and Eduardo Mondlane University, the oldest in the country.

The People's Republic of Mozambique was proclaimed on 25 June 1975 in accordance with the Lusaka Accord signed in September 1974. A parade and a state banquet completed the independence festivities in the capital, which was expected to be renamed Can Phumo, or "Place of Phumo," after a Shangaan chief who lived in the area before the Portuguese navigator Lourenco Marquest first visited the site in 1545 and gave his name to it. However, after independence, the city's name was changed (in February 1976) to Maputo. Maputo's name reputedly has its origin in the Maputo River: in fact, this river, which marks the border with South Africa in the far South of Mozambique, had become symbolic during the FRELIMO-led armed struggle against Portuguese sovereignty, after the motto «Viva Moçambique unido, do Rovuma ao Maputo», that is, Hail Mozambique, united from Rovuma down to Maputo Rovuma is the river which marks the border with Tanzania in the far North).

After the independence, the statues to Portuguese heroes in the capital city were removed and most were stored at the fortress. Black soldiers carrying Russian rifles replaced Portuguese Army soldiers (both black and white) with western arms in city barracks and on the streets. Most of the city's streets, originally named for Portuguese heroes or important dates in Portuguese history, had their names changed to African languages, revolutionary figures, or pre-colonial historical names.

After the Carnation Revolution in Lisbon, over 250,000 ethnic Portuguese pulled out virtually overnight, leaving Mozambique's economy and administration unmanageable. With the exodus of trained Portuguese personnel, the newly independent country had no time to allocate resources to maintain its well-developed infrastructure. In addition, authoritarian Stalinist policies and bureaucratic central planning made the newly independent country slip into an extremely precarious condition since the beginning, and so the economy plummeted. FRELIMO, now the governing party, turned to the communist governments of the Soviet Union and East Germany for help. By the early 1980s the country was bankrupt. Money was worthless and shops were empty. Starting shortly after independence, the country was plagued by the Mozambican Civil War, a long and violent struggle between FRELIMO and RENAMO, which lasted from 1977 to 1992. The war adversely affected economic activity and political stability in the city. "Operation Production" (Operação Produção) was inaugurated in 1983 by the ruling FRELIMO party to deal with the economic crisis. Undocumented residents of Maputo, the "parasitic" urban population, as well as individuals who displayed criminal behavior, were forcibly transferred to state-owned communal farms and villages in the rural north of Mozambique.

Since the peace agreement ending the civil war, which was signed in 1992, the country and the city has returned to its pre-independence levels of political stability. This stability is an encouraging sign that makes Mozambique a promising country for foreign investment.

On 11 July 2003, the Protocol to the African Charter on Human and Peoples' Rights on the Rights of Women, better known as the Maputo Protocol, was adopted in the city by the African Union.

The Restaurant and Pastry Store Group's asset structure is as follows: