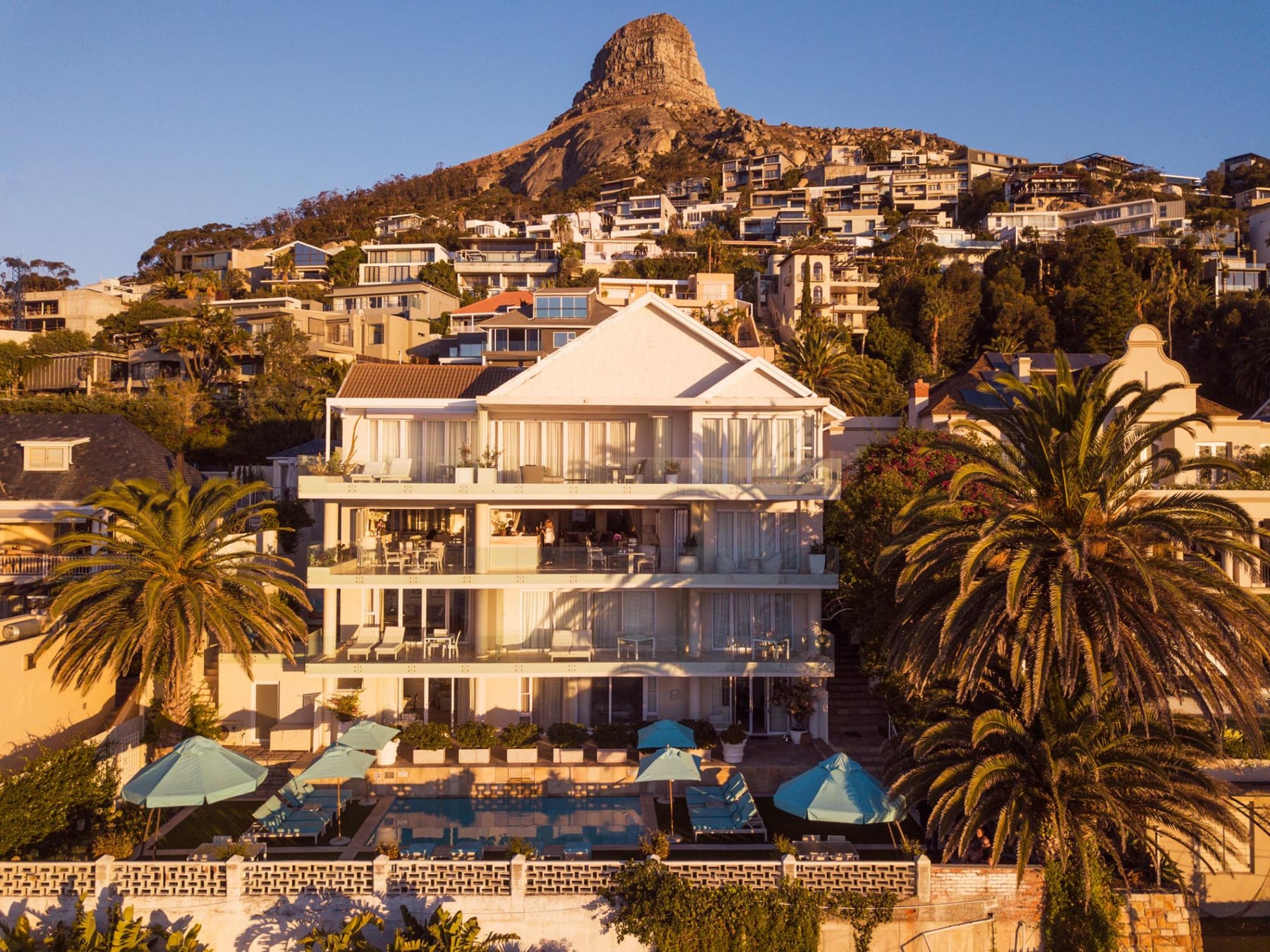 Green Point (Afrikaans: Groenpunt) is an affluent suburb on the Atlantic Seaboard of Cape Town, South Africa located to the north west of the central business district. It is a popular residential area for young professionals and for the Cape Town gay and lesbian community, alongside the gay village of De Waterkant. Many new mid-rise apartments and mixed-use developments have gone up in recent years. Somerset Road forms the main thoroughfare lined by restaurants, cafés, delis, boutiques and nightclubs.

The Braemar Estate includes a few dozen properties that are restricted to single dwellings only, within the boundaries of Green Point

The Cape Town Stadium was constructed on Green Point Common for the 2010 FIFA World Cup. Numerous infrastructural developments were made, with the upgrade to Helen Suzman Boulevard and the new Granger Bay Boulevard being constructed, along with a massive investment in creating an urban park around the stadium.

The area about Green Point was initially used by the Dutch as a cattle grazing station. After the British annexed the Cape in 1806, they began to hold horse races on its common, and the area developed as one of Cape Town's most popular social centres. William Burchell commented in 1811 that:

"Vehicles of every description, from the elegant London-built carriage of the Governor and the English curricle to the antiquated Dutch calash and the light but jolting paardewagon, are seen driving about to enjoy the sport ... Together with the art of making horses run fast the science and mystery of betting has found its way to the farthest extremity of Africa, and on Green Point, large sums are said to have been won or lost."

In 1830 Green Point had 40 residents, among them Robert Crozier, the Postmaster General. In 1820 the construction of a lighthouse at Green Point, the first of its kind in southern Africa, was put forward by Sir Rufane Donkin. The project was designed by Hermann Schutte, a German stonemason who had previously been employed by the VOC, and was now working for the new administration as Inspector of Government Buildings. The lighthouse was commissioned in April 1824. Unfortunately, its structure did not stand up well to the hardships of Cape weather, and by 1840 Governor Sir George Napier was describing it as "an old ruinous building, falling fast into decay". The building was renovated in 1842, and in 1863 its height was increased by the addition of a new tower.

During the South African War of 1899-1902, Green Point common was used by the Military as an encampment for a large number of British troops as well as a camp for Boer POWs.

The Green point lighthouse is a national heritage site and is open to the public for a fee.

Luxury en-suite rooms (shower only) equipped with items that will help ensure a luxurious and pampered stay - guests tell us that our beds are the best on the planet!! ... HD Plasma TV's with Self Controlled DSTV channels, Air-con, mini-bar, coffee/tea facilities, electronic safe and hairdryer.

Whether you're a business person looking for an overnight near the city or a tourist looking for an amazing accommodation venue, with beautiful views of Signal Hill and close to all the favourite tourist spots like the V&A Waterfront and much more.

You'll experience all of this and much more at 40 Winks Guesthouse and nothing is more luxurious than our fully equipped suites.

It is often believed that family holidays and luxury are mutually exclusive, but when you book into our Guest House's Family Unit you quickly find that you can enjoy a luxurious holiday, and it is so affordable that your whole family can enjoy the holiday with you.

The Family Unit is large, fully-equipped luxury en-suite, with a large King-Sized bed, and a Double pull-out sleeper couch OR the other Family unit has two bedrooms (one with a King size bed and the other with a Double bed) that are inter-leading with adjoining bathroom (shower).